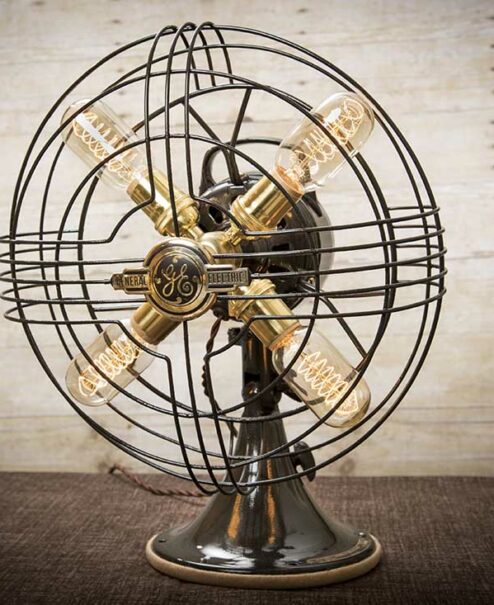 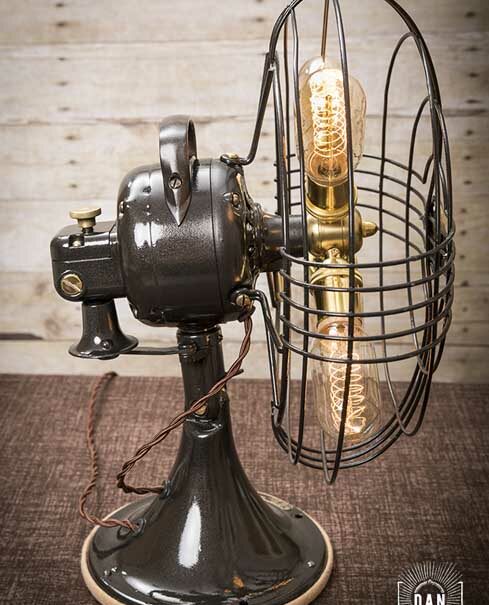 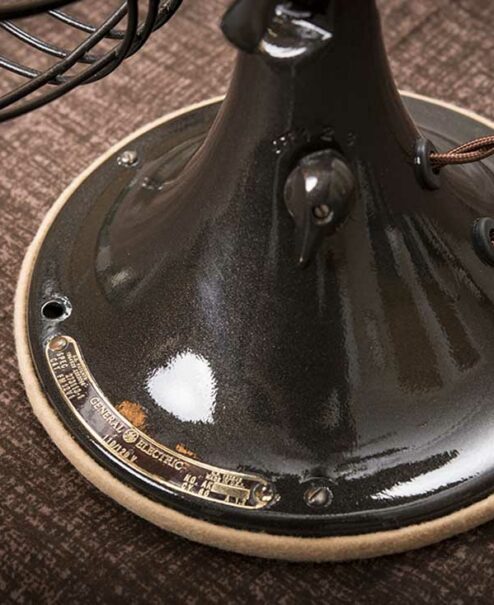 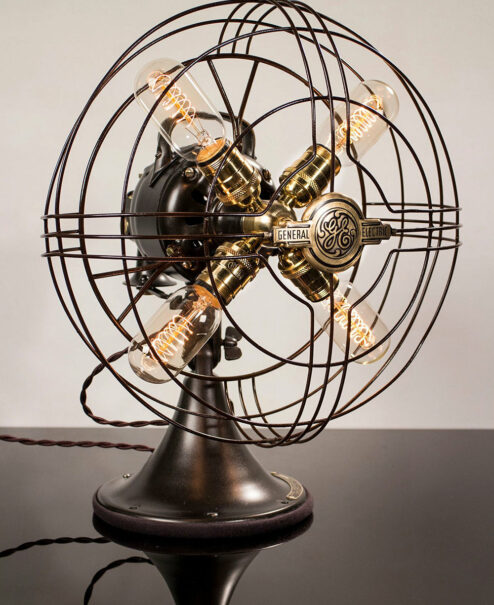 Introduced to the world in 1938, the General Electric Vortalex Fans were built to keep America cool in a difficult World War II era. GE continued producing the popular Vortalex Fans until the 1960s when fans were eclipsed by the more affordable household cooling systems. While today an original Vortalex fan may collect dust in a basement or attic, I take pride in transforming the GE Vortalex Fan in a way that preserves the history while repurposing its function for a 21st century home or business.

I meticulously preserve each and every part of the fan as it was first created, even down to re-polishing the original screws. The blades are then carefully removed and the fan rewired for the addition of classic Edison-style light bulbs. Each repurposed Vortalex fan lamp has a distinct look and can be made-to-order.

Illuminate history in your next space with an original Dan Cordero Fan Lamp!

There are no reviews yet.